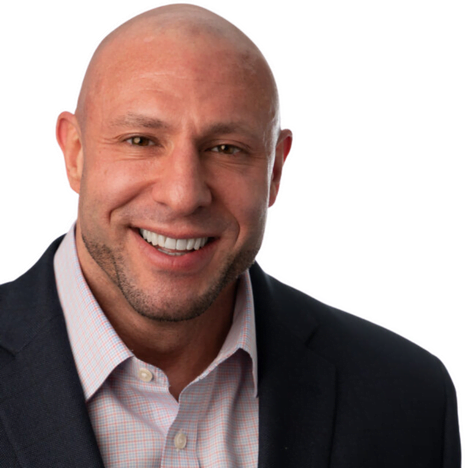 Throughout Stephen’s extensive career, he has earned an established reputation as a Senior Executive who provides strategic leadership, proven sales management, and effective talent development strategies.

Stephen Rodriguez serves as Big Think Capital’s VP of Specialty Lending. Since joining our team in 2021, Stephen’s expertise in SBA lending, equipment financing, ABL, and commercial real estate has made an immediate impact. His extensive experience in each of these verticals with Big Think Capital’s marketing capabilities is a dynamic pairing to unlock value and opportunity for businesses.

Throughout Stephen’s extensive career, he has earned an established reputation as a Senior Executive who provides strategic leadership, proven sales management, and effective talent development strategies. His entrepreneurial approach is demonstrated by his ability to build winning teams and partnerships. His expertise encompasses all aspects of business development and administration from sales forecasting and business planning, budget management, and sales execution, to harnessing team strengths for continuous improvement of company-wide performance. His ability to build consensus among executive teams and stakeholders by promoting transparency through regulatory compliance, while inspiring positive change, has been repeatedly demonstrated.

Stephen gained his introduction to the lending industry during his tenure as a Senior Loan Officer for a Long Island based mortgage bank at the peak of the refi boom in the early 2000’s. He quickly earned his way to becoming the top producer within his first 6 months at the company, which was later followed by a promotion to Assistant Sales Manager. Just 1 year later, at the age of 24, he was heavily recruited by another mortgage broker to develop their inside sales team as their VP of Sales & Operations. While there, he rapidly elevated the overall sales volume by 300% by designing, directing, and executing a full scope expansion plan, which included all phases of recruiting, hiring, coaching, and supervising the sales and operations divisions. Stephen has personally launched, managed, and expanded three separate businesses in the financial services sector. While he has spent most of his career assisting businesses in meeting their financing objectives, he also owned and operated a debt settlement company for over 12 years, which provides him with an in depth understanding of distressed credit resolution practices from a lender’s perspective.

Stephen enjoys spending time with his family, wife Heather, stepdaughter Taylor, daughter Stevie, and son Maximus. He has been an active practitioner of Brazilian Jiu Jitsu for over 12 years.

What we’re buzzing about

News & Articles From Our Team